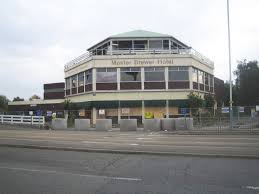 Robert Jenrick who is the Housing Secretary has confirmed on the go-ahead for the 514-home scheme in Hillingdon, west London. He said that he will not call in developer Inland Homes’ plan for this project.

The former Master Brewer site in Hillingdon Gardens was actually set to plan for building several housing blocks. The determination by the housing secretary for this scheme was also subjected to third-party requests to call in.

The site was approved by the Mayor of London last September, despite local borough opposition. It now just needs Section 106 agreement after a clear approval made to go ahead. The plans for Hillingdon Gardens will transform a derelict former commercial site.

The site will include creating a residentially led, mixed-use neighbourhood, with a network of pedestrianised areas, landscaped public squares and extensive green spaces. The project will deliver 35% genuinely affordable homes alongside significant contributions.