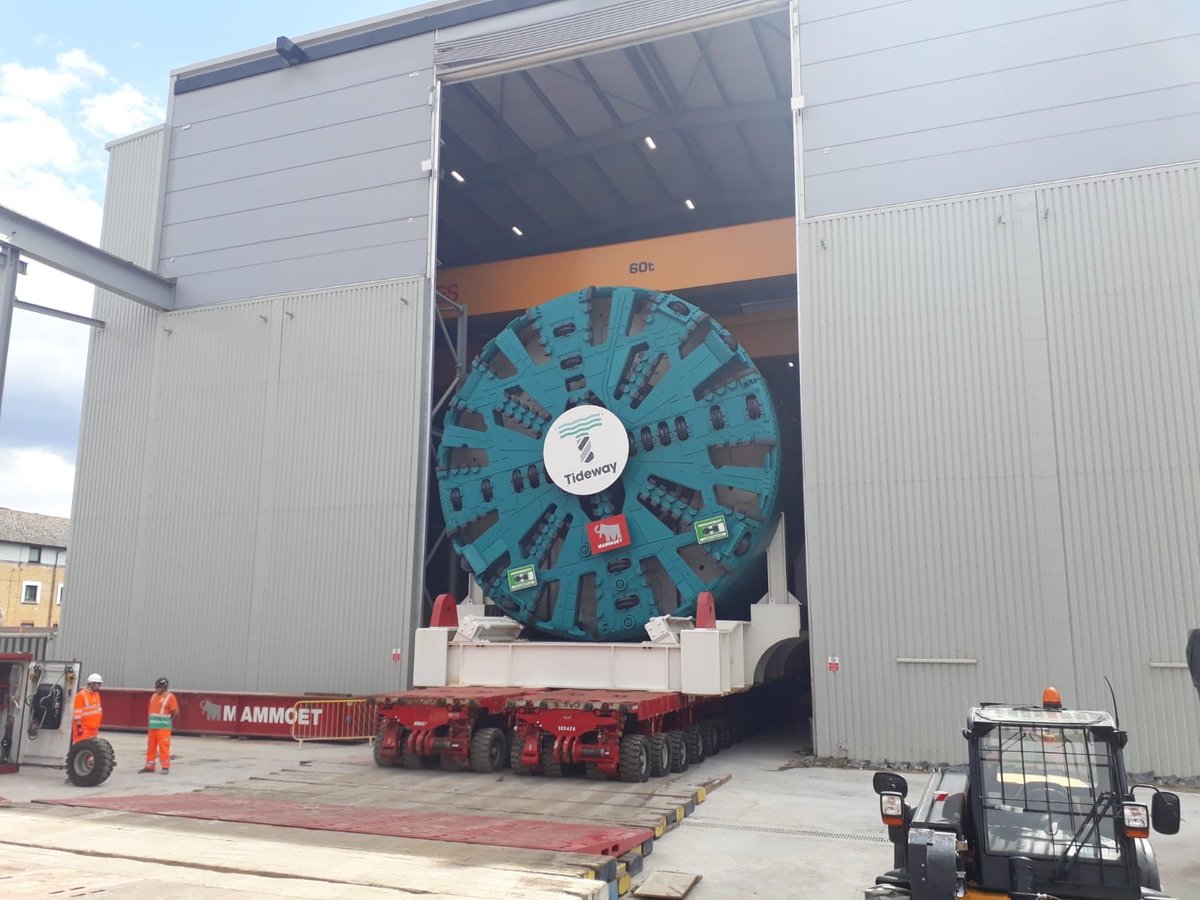 The final stretch that covers 5.5km of London’s new super sewer will be worked with a giant Tunnel Boring Machine Selina. This machine will be heading to an underground journey towards Abbey Mills Pumping Station later this year. It has been delivered to Tideway’s chambers wharf site in Bermondsey.

TBMs in 6 numbers will create London’s super sewer. However two TBMs have already finished tunnelling. TBM Selina is the last to be used that will dig deep into the ground, more than 60m below the ground tunneling. This is at a slight decline towards the pumping station in east London.

TBM Selina will be guided north east towards the Lee Tunnel which was already built. The lee tunnel further links Abbey Mills Pumping Station to Beckton sewage treatment works. Selina was shifted to the site over the water. So this reduced around 100,000km when compared to that of road transport.

TBM Selina is named after Dr Selina Fox. He founded the Bermondsey medical mission in 1904. The hospital comprises eight beds that help provide medical and spiritual care to the most vulnerable children and women in the area. Even today, its being run on a cause of charity locally.